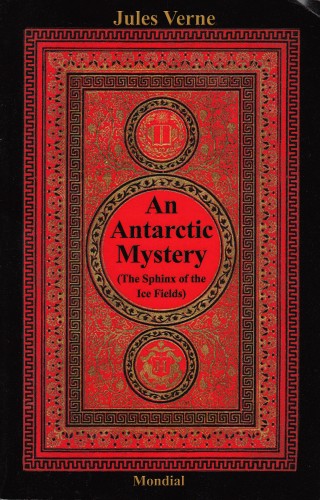 An Antarctic Mystery is Jules Verne’s sequel to the most enduring classic of Antarctic fiction, Edgar Allan Poe’s novel The Narrative of Arthur Gordon Pym of Nantucket. Poe’s novel has spawned a number of sequels by various authors. It follows in the typical pattern of a protagonist who realizes that Poe’s story is not a work of fiction, but truth.

The hero enlists on an expedition to save the men of Pym’s journey, stranded on Antarctic islands. The novel is largely a seafaring story, written before most of what we know about Antarctica was discovered. By Verne’s standards, it’s a disposable little book with a single, silly sci-fi idea in the end.