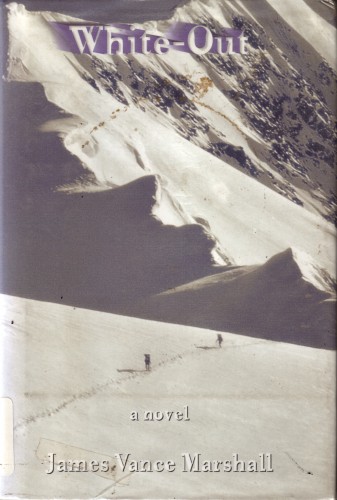 James Vance Marshall’s White-Out is in many ways the quintessential Antarctic novel. Its centerpiece is a long sledging journey undertaken across the Antarctic Peninsula by a group of men fighting for survival. All the usual privations from hunger to the blizzards are featured in turn.

The story starts like the usual Antarctic thriller, with Nazi submarines and a mystery discovery by a British expedition. This proves to be an illusion, and despite the self-consciously sophisticated language, it eventually becomes something profound and beautiful.

Its also fun to read a story featuring Antarctic history from the Eighties and the Nineties instead of the thoroughly explored Heroic Era around the First World War.