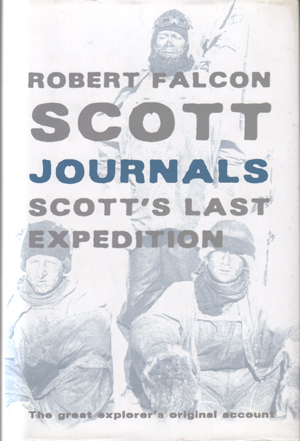 This is one of the first books about Antarctica I got, but I’ve been putting off reading it because its very thick and because I don’t like Scott very much. The central story of his last expedition and death was familiar enough that I didn’t get much out of the diary entries themselves, but the appendices and the list of editorial corrections to the actual diaries were interesting.

Reading the book did make me somewhat more sympathetic towards Scott, because he emerges as a much more human character than either Amundsen or Shackleton. Amundsen is a veritable superhero and Shackelton seems more like a character from a movie, but Scott is just as petty, incompetent and self-deceiving as the rest of us.