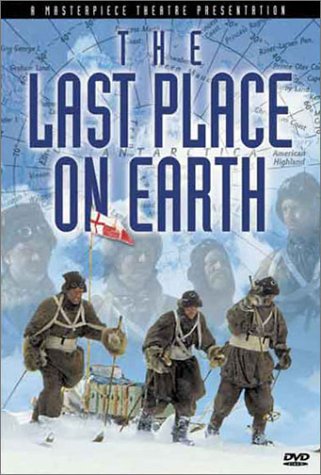 Based on Roland Huntford’s seminal book, this is a British TV series of seven episodes about the race for the South Pole. It’s definitely the best movie or tv series of any kind I’ve seen about the Heroic Period of Antarctic exploration, and possibly the best about any Antarctic period.

It’s one of the best TV series of any kind.

The attention to detail, the thoroughness and the beauty of it are breathtaking. Often the period movies about Antarctica are wooden affairs, but not here. Everybody comes alive and there’s a marked reluctance to use the most famous lines and scenes, which have long lost their meaning and became cliche. When Titus Oates leaves the tent here, he talks about the call of nature, and leaves his best known line unsaid.

The production design is impeccable. When Scott and his men are dying in their tent, you can see the hair moulting from their sleeping bags sticking onto their clothes.

For me, the best part is still the characterization of Amundsen. In the final episode, there’s an incredibly well made scene where he hears the news of Scott’s death lying in a bathtub. He realizes that in a sense, he’s lost afterall, but also feels the terror of Scott’s death so far away from anything.

This will remain the definitive cinematic take on its subject.