Last Saturday, 6th of June, the second Baltic Warriors game of summer 2015 was played in St. Petersburg. I’m working on the project as a larp producer, and it’s surprisingly strange to make a game that’s being run in a language I don’t understand, in this case Russian. Others have done this before me, but now was my first time.

Thankfully, the game seemed to be a success. 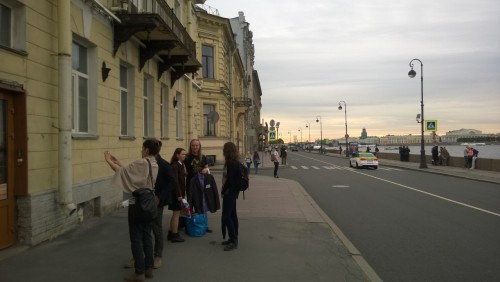 (Members of the crew in front of the venue, the art space Taiga on the shore of the Neva river in St. Petersburg)

Each Baltic Warriors game has a similar design and structure, but we’ve learned that local variation will always play a part. The St. Petersburg game was our most aggressively localized one, with character and game design elements adapted so they’d make sense. We also had to provide all material in Russian to make sure all players can comfortably engage with it.

In each country, we have a local producer who’s job it is to do this localization, in addition to practical organizing. In Russia, we had Olga Vorobyeva, who did a wonderful job. We also had significant help from the local Goethe Institute. The Goethe Institute makes the project financially possible, but in St. Petersburg they went above and beyond in terms of practical work. 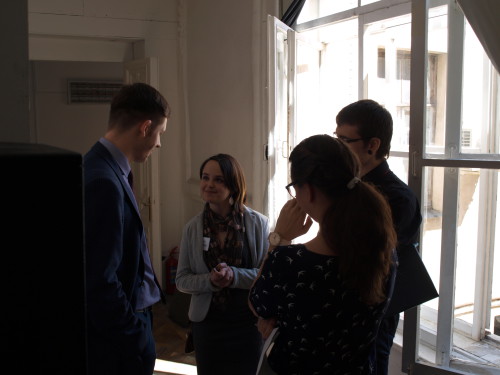 (Participants workshopping before the game starts)

Bringing people together is one of the key goals of the whole Baltic Warriors project, and if we can do a little larp evangelizing on the side, that’s good too. Because of this, I was happy to see that approximately one third of our players had never larped before. We’d been warned that the actual experts we invited to participate in the post-game panel discussion probably wouldn’t want to play, but in the end every single one did. 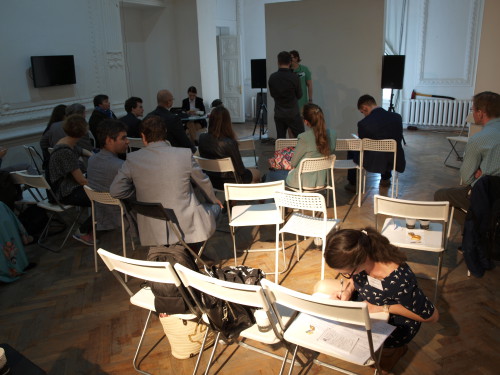 (The game is in full swing as some characters listen to speeches given by the politicians, activists and lobbyists, while othets write news articles and make backroom deals)

As in every Baltic Warriors game, eventually the zombies will attack. In the fiction of the game, eutrophication causes the undead to rise from the Dead Zones of the Baltic Sea. The style of the game changes, and debate turns into action as the characters try to save themselves.

This time the action was so fast, we had trouble following it with our cameras. 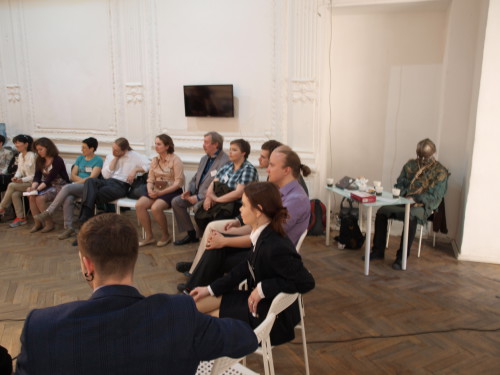