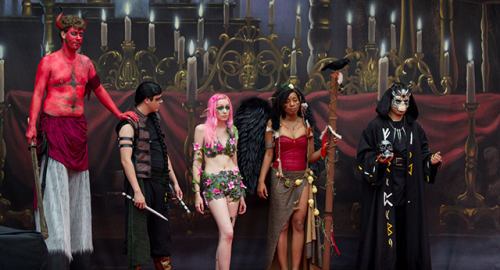 King of the Nerds is an American reality tv series in which a group of self-described nerds compete on who gets to be the titular king. Season 1 ran for eight episodes in 2013. We watched it because one of the contestants was the roleplaying game designer Ivan Van Norman, who made a game called Outbreak: Undead.

The series starts grubby and unpleasant, but gets better as it progresses. Pointless cheesecake and beefcake gets discarded and things start to feel more competently made. IP issues result in some weirdness, for example in a cosplay competition that doesn’t feature established characters.

In the spirit of spoiling the show, I’ll also add that the final three contestants were all women. Van Norman made it to the last episode, but didn’t win.