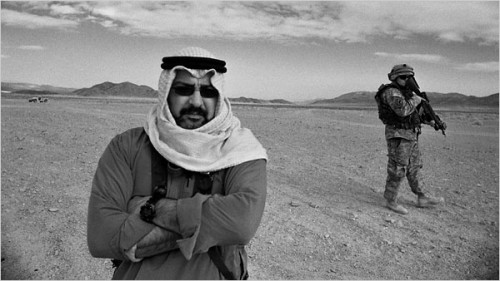 Full Battle Rattle is a documentary movie released in 2008 about a fake Iraqi village built in the Mojave Desert built by the U.S. Army for training purposes. Its not larp or roleplaying, but pretty close.

Amazingly, the village is populated by actual Iraqis, refugees from the country ravaged by the very same war the soldiers are training for. Insurgents and occupying soldiers are played by real soldiers.

The simulation doesn’t seem to have proper individual characters, but its social dynamics and game master techniques place it somewhere between larp and milsim. 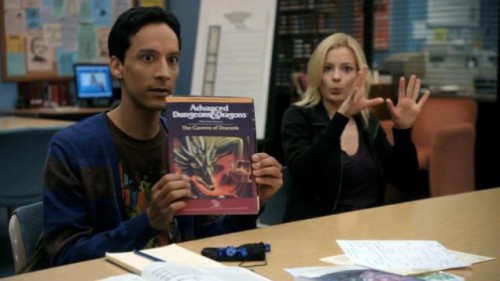 Both episodes use the idea of the characters playing D&D to tell multilayered stories not about what happens in the fiction, but to the players as they play the game. The episodes grasp the metanarratives created in any act of roleplaying very well. 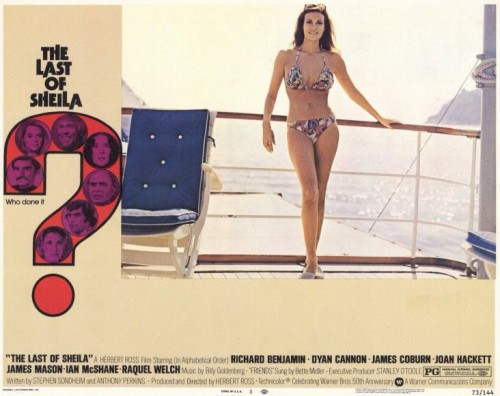 (The Last of Sheila)

The Last of Sheila, an American movie made in 1973, is the story of a group of Hollywood people invited to a yacht to play a game. Each of them is assigned a secret, and in each of the ports the yacht calls in, there’s a chance to find out what someone is hiding.

The basic setup of the game looks like a very rich people’s treasure hunt, and its fun to see the character running the game happy when it works and cursing when his design has issues. The game master experience is on display, even if his attitude is a little diletantish.

The movie has many ideas that have since surfaced in alternate reality games and other types of organized urban adventures. Typically for a movie like this, the game becomes real. 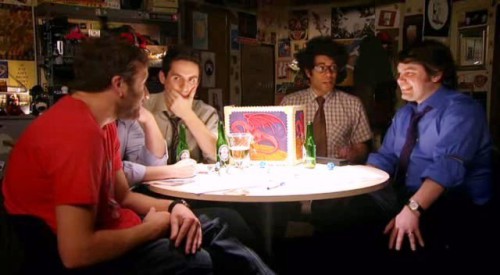 The geek comedy IT Crowd has one episode in which tabletop roleplaying has a significant role, Jen the Fredo from the fourth season. Other stuff happens in the episode too, but one character, Moss, runs a tabletop adventure for a group of guys who are intially reluctant to play.

The fun thing about this episode is that the magic of roleplaying carries them away, and soon we see dudely business types fantasy roleplaying in all seriousness. That is the joke, of course, but it also works as a straightforward demonstration of why its fun. 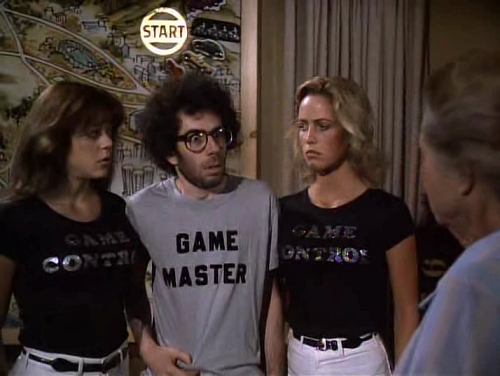 One of the most essential alternate reality game movies (in addition to Westworld and The Last of Sheila), Midnight Madness is about an urban treasure hunt -type game called “The Great Allnighter”. People participate in teams of broad stereotypes: there’s a jock team, a nerd team, a women’s team, etc.

A lot of the stereotyping in the movie is pretty rough by today’s standards, but the movie shows the structure of a game like this very clearly. It might even be called a little pedantic in its devotion to explaining how the game works.