The British director Peter Watkins has made three movies that are quite interesting from a roleplaying perspective, The Battle of Culloden (1964), Gladiatorerna (1969) and La Commune (Paris, 1871) (2000). 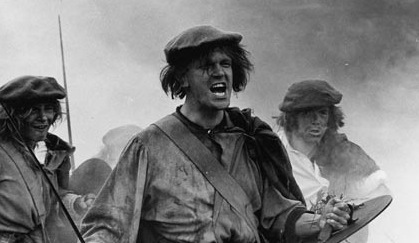 (The Battle of Culloden)

The Battle of Culloden and La Commune (Paris, 1871) are interesting because of the way they were made. Both have historical subjects, and both involved large-scale recreations of the events they documented. The idea was to recreate the battle of Culloden and the Paris Commune in the style of historical re-enactment, and then do a movie about it documentary style.

The only element out of time in each movie is the camera crew, interviewing participants and shooting as events progress. From the way the interviews play out, it really looks like the people participating in the enactment are in fact larping.

Both are also good movies. The Battle of Culloden is one of the most savagely anti-war films I have ever seen, with unrelenting focus on the miseries that followed medieval warfare. La Commune (Paris, 1871) is 345 minutes long, but the duration pays off in its depiction of life in the Commune.

There’s a good documentary about the making of La Commune (Paris, 1871) called The Universal Clock: The Resistance of Peter Watkins. 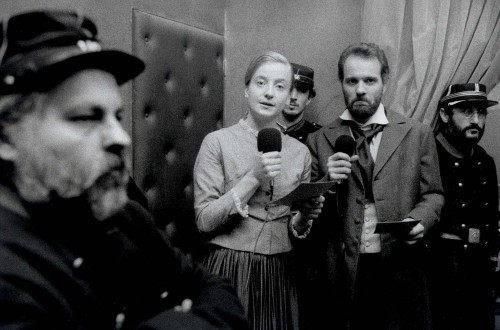 The third movie, Gladiatorerna, is a scifi mockumentary set in a fictional future where the great powers of the world have stopped waging war and have instead started organizing games in which teams of combat specialists take on each other.

The way the setup is depicted is very interesting, and there’s a lot of attention being paid to how the whole thing works. We see the game master rooms, how enviromental hazards are activated, and the decisions that go into setting up each game. 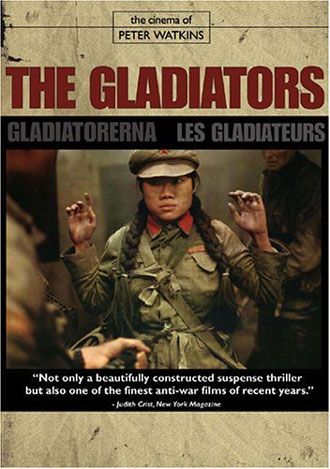 The movie would be a solid basis for anything from a milsim to a fullscale larp. Its ideas develop admirably, and its interesting to see its characters both go along with the game, and rebel against it.