Dragonlance is not the only gaming franchise that’s been badly served by adaptations. Another is the Games Workshop juggernaut Warhammer 40K. Its world has been created principally for war games, but there’s a solid line of roleplaying games as well.

There’s an official, animated 40K movie from 2010 called Ultramarines, and a German fan made movie called Damnatus from 2008. Of these two, Damnatus is inarguably the better. 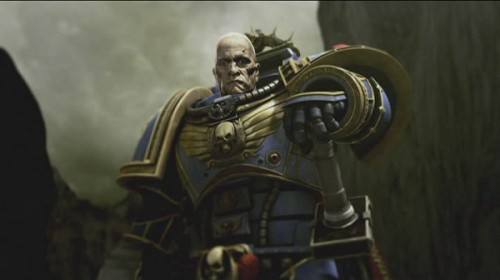 Ultramarines features a bunch of space marines who go to a planet to investigate a distress call. They battle against their inner demons, but most importantly they seem to walk around a gravel pit for ever and ever.

The gravel pit is a classic location of fan-made and cheap genre movies, but why it was chosen as a location for an animated movie, I have no idea. 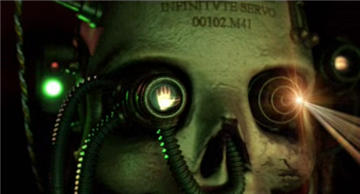 Damnatus is a fan movie denied release at the last minute by Games Workshop. Mysteriously, following the ban it leaked into the internet. It’s about a bunch of mercenaries hired by an Inquisitor to investigate strange phenomena in the lower depths of a planet.

Very obviously a fan movie, Damnatus suffers from its lack of actual actors, a solid script or anything resembling interesting characters or dramatic scenes. However, I’d argue it’s still a must-watch for any 40K geek, because it captures the tone and style of the world so perfectly. Unlike in Ultramarines, in Damnatus you know you’re in the far future where there’s only war.

It’s full of fun little detail that only makes sense if you know the world already, like the servo-skull pictured above. It’s in German, and demonstrates that German is the only proper language for 40K.