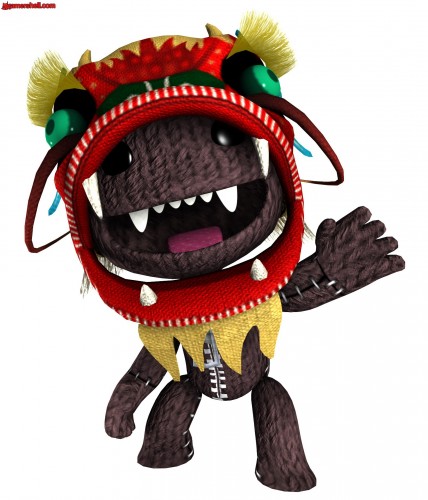 LittleBigPlanet is a game in which a little critter (pictured above) runs around complex levels. The selling point of the game is that users can create their own levels, which are then shared on the game’s network. A number of these user-created levels are set in Antarctica.

The best of the ones I found was based on H.P. Lovecraft’s At the Mountains of Madness. It was surprisingly atmospheric, with fancy shoggoths. Another one was a simpler Antarctic concept, based on the properties of ice, with the character slipping and sliding around. Another two involved hunting for a stolen egg in a good combination of Antarctica and Area 51 paranoia.