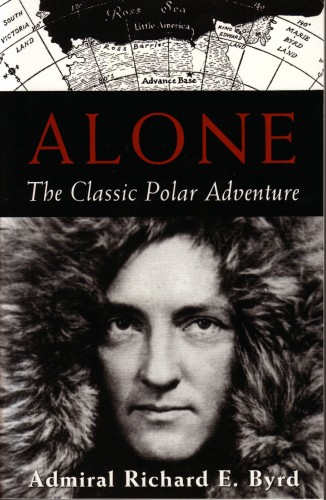 This was one of the last Antarctic classics I had yet to read, an account of Admiral Byrd’s stay alone in 1934 at the Advance Base weather station. Staying alone through the Antarctic winter proved to be hazardous, and most of the time Byrd had to struggle with long-term carbon monoxide poisoning brought about by bad ventilation and running gasoline engines indoors.

It’s a good book, well worth its reputation. Although he makes effort to justify himself, Byrd seems more emotionally honest in his writing than predecessors like Scott and Shackleton.

At one point, stricken with weakness, Byrd contemplates why he has to risk death like this. He asks whether he could be a Martyr of Science, but discards the idea because he himself has no real idea what the work he does means. He does the observations, but doesn’t know why. It’s curiously like a workingman’s dilemma. Even though Byrd was an upper class man, he describes himself as a “jobber of science”.