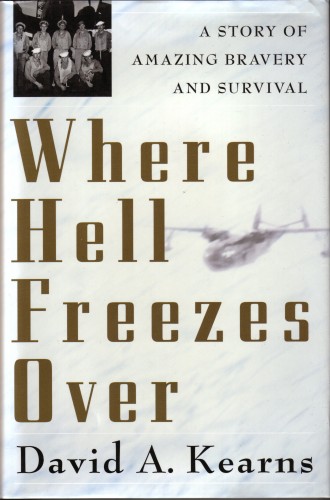 During a U.S. Navy surveying operation in Antarctica soon after the end of WWII, an airplane crashes onto the coast. The survivors wait for two weeks before they’re rescued, all badly wounded except one.

It’s a dramatic story, but Kearns approaches it with incredible diligence. He’s a reporter by profession, and it reads like every witness has been interviewed, every angle covered, every document read. At first, it’s tough going because of the thoroughness, but after a while the detail starts building impressive emotional power.

Kearns’s father was the pilot at the controls when the plane crashed, and while there’s an element of old-style American sentimentalism about the book, it’s easy to forgive. Many Antarctic books tell stories of uncommonly driven and gifted men like Shackleton or Amundsen surviving incredible hardships. The power of this book arises from the fact that these guys were just regular joes in a really hard spot.