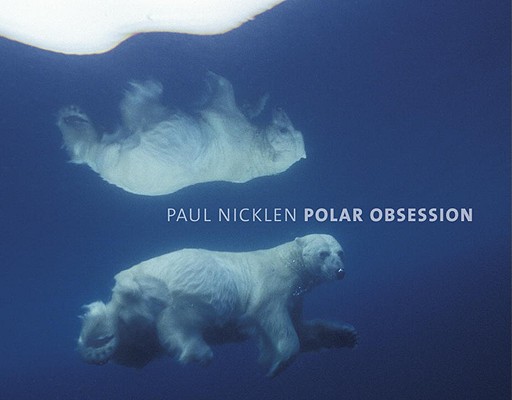 Polar Obsession is a collection of photos of the polar regions from National Geographic nature photographer Paul Nicklen’s career. The most impressive thing about Nicklen’s images is the feeling of action, life, even violence they evoke. His images are not mere portraits of animals. They convey animals and environments in a state of change, of a life actually being lived moment to moment.

Nicklen’s sense of motion is impeccable. In pictures of birds and leopard seals you can almost create a little moving picture of the scene in your head. This is especially impressive in his images of dangerous animals like leopard seals. It feels like his camera is always where it whould be, high up in the air or within inches of the roaring seal’s teeth.