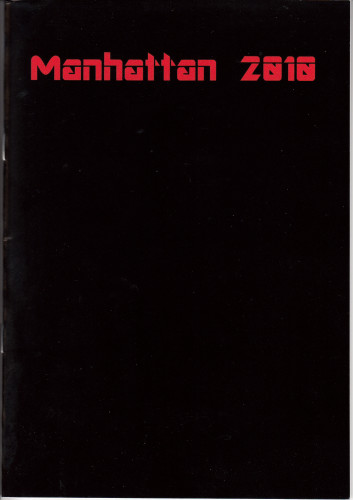 I wrote about the booklet Manhattan 2010 here. It was an attempt to map out a childhood roleplaying game as a playable design.

In conceptual terms, there’s something very interesting going on here. Almost all game design is prescriptive. “This is how I think you should play the game.” However, in Manhattan 2010, the design is descriptive. “These rules are an attempt to capture a game that was actually played.”

Descriptive game design is so rare, in fact, that Manhattan 2010 is the only example I can think of. It’s elevated by the fact that its authors didn’t fudge it to make a good game. Instead, they tried to follow the nature of the original game as closely as possible. Perhaps the difference is highlighted in this game by the fact that Manhattan 2010 describes a childhood game with all its weird peculiarities.

Year’s ago, I played in Mike Pohjola’s tabletop campaign Tähti. We played the members of a girl band in a near future cyberpunk world. The game was a great success, and Pohjola decided to use it as the basis for a published tabletop game book.

Unlike the designers of Manhattan 2010, Pohjola chose to go the more conventional and perhaps appealing route of using a private game as fodder for the construction of a playable set of instructions. The published Tähti didn’t reflect all the quirks and diversions of the actual tabletop campaign, choosing instead to streamline the whole thing into something approachable and fun.

For someone who had actually played in the original campaign, the experience of reading the published book was almost alienating. “This was not the game we played.”

Trying to think of a descriptive game I could make, I’m drawn back to my childhood games, the same as the authors of Manhattan 2010. My descriptive game would be set in the fantasy world of Mystara, the setting of a certain incarnation of Dungeons & Dragons. It would be a GM vs. players game. The goal of the players would be to move their characters to the border of the map, and the goal of the GM would be to move the characters to Alfheim, because elves were cool.

(If you’re wondering why the player characters were going to the edge of the map, you’ll have to go back in time to ask my twelve-year old players.)

Other mechanics would involve exchanging candy for experience points and conspiring with the GM to kill another player’s character.

These examples of descriptive game design are rather marginal. Anyone come up with a more meaningful use for this concept?