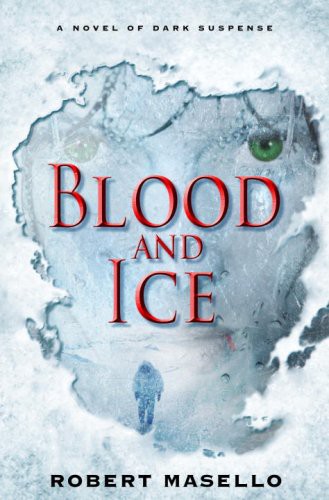 In one sense, Blood and Ice is a great Antarctic book. It’s clearly well researched, full of traditional modern Antarctic detail. Reading this, it feels like the author has gone through all the same books I have.

It’s the story of nature photographer Michael Wilde, who goes on assignment to an American base on Antarctica. While there, he discovers a slab of ice in which two British vampires have been preserved since the Crimean War. Indeed, Victorian England and Crimea are almost as important for the book as Antarctica.

Despite the vampire theme, the book proceeds in a very staid, detail-oriented fashion. The two lovers thawed from ice, the soldier Sinclair and the nurse Eleanor, are people, not monsters. The book’s idea of vampirism is almost like a medical condition, as befits its essentially rational worldview.

Despite its research and subject matter, there’s something in Blood and Ice that just fails to click. Near the end, the story is crumpled into less than the sum of its parts. The characters have been drawn according to the most rote, cliched understanding of humanity as seen in American popular entertainment.