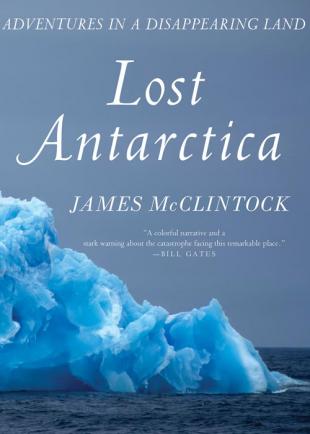 James McClintock is an American scientist with a long career of work on Antarctica. His book Lost Antarctica is one of those that I can recommend with: “If you read one book about Antarctica…”

Lost Antarctica is part career retrospective, part adventure story, part popular science and part a heartfelt polemic about climate change. The stories of how science gets done on Antarctica are interesting, but McClintock’s real gifts seem to be in writing about the discoveries in an interesting manner. Often the adventures of king crabs carried the most meaningful scenes in the book.

One reason for this is that the science and the discoveries have a tendency to move towards the direction of global warming. The route from the adventures from the king crab to the challenges facing human civilization is surprisingly short, and McClintock is good at bringing the ways climate change has already impacted Antarctica into vivid focus.