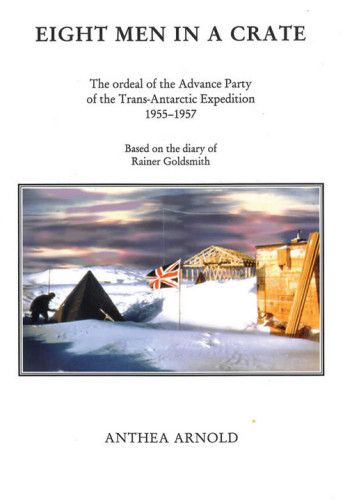 Also a contender for the best title on an Antarctic book, Eight Men in a Crate is the story of a supporting party on the British Trans-Antarctic Expedition of 1955-1957. While expedition leader Vivian Fuchs and mountain climber Edmund Hillary get the glory elsewhere, eight men work to build a base in extreme hardship. The story is small and personal, the narrative of those normally glossed over in expedition accounts.

Essentially a book about building a house in the middle of a blizzard, much of the time in total darkness, the book benefits from the private nature of its source material, the diary of the doctor Rainer Goldsmith. Unlike the repressed men of the early Antarctic period of Scott and Shackleton, Goldsmith talks about the difficulties of taking a leak in the Antarctic, his animosity towards the expedition leadership and the fears and hopes he has regarding his girlfriend back home. It’s not a self-conscious narrative of heroism like many of the more famous books, but a human story on a human scale.

The crate of the title is the temporary housing the men had while they were constructing the actual base hut.