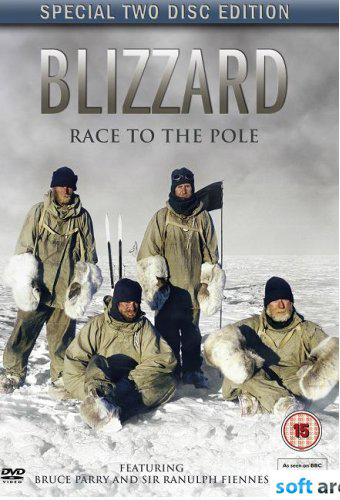 Blizzard is a six episode documentary tv series about an attempt to recreate the race to the South Pole. It features two teams, a British team and a Norwegian team. Both use the same equipment as Roald Amundsen and Robert Falcon Scott used, eat the same food and use the same methods of navigation. The Norwegians get all the advantages Amundsen had. They win, not surprisingly.

The series tries to prove something about the conditions, strategies and leadership of Scott and Amundsen, but as an experiment, this is just too lightweight. For safety reasons, the equipment and food cannot be exactly the same. The psychological conditions are certainly not the same. And worst of all, the race is held in Greenland because the use of dogs has been prohibited in Antarctica.

The show features a lot of talking heads from Ranulph Fiennes to Roland Huntford who attempt to bridge the gap between the length of the series and the paucity of compelling material.