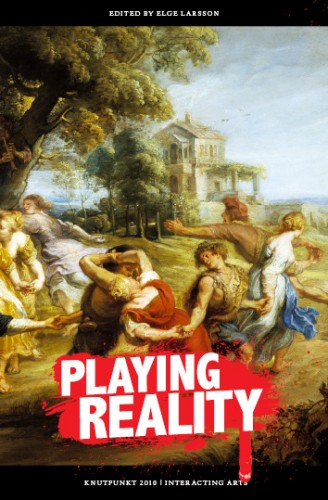 As with every year’s collection of Nordic larp essays, it’s a mixed bag. Some of the essays are very good, others trivial. In retrospect, the overall quality of the book is dependent on just how good the best essays are, since they’re the only ones anyone is going to remember.

Some of the most interesting articles shine a light on a corner of Nordic and global larp culture I knew nothing about before. Often, the tragedy of these articles is that the journalistic information in them is more interesting than the theoretical point the writer wishes to make. I’d like to read more straight-up descriptions of various larp projects. This is especially evident in Dirk Springenberg and Daniel Steinbach’s article Projekt Prometheus and Alexander Karalevich & Dirk Springenberg’s article 1943. In both cases, I would have loved to read more about the games they talked about, since they certainly seemed to be interesting.

The one article that didn’t fall into this trap is Pavel Gotthard & Jiri Zlatohlávek’s Children of a Freedom Clock. The larp, Project System, sounds very commendable both artistically and politically, and from what the authors tell us about it, also technically interesting. This is the one article that made me want to organise more games.

The most interesting ideas in the field of larp theory came from surprising directions, often in the strangest of the essays. In the past, I’ve found the writings of Pekko Koskinen and Ari-Pekka Lappi to be too esoteric for my taste, but this time was different. Koskinen wrote a bizarre yet useful essay called This Book, Replayed. It went from positing the idea of a strange game based on the text of the book to a surprisingly practical idea about what’s relevant in game design. Lappi took some of the ideas in Markus Montola, Jaakko Stenros and Annika Waern’s book Pervasive Games about the morality of play and took them further.

Other highlights were Johanna MacDonald’s essay There You Are, There You Ain’t and J. Tuomas Harviainen’s essay The Manifesto Manifesto. MacDonald talks about borderline larp experiences from a very personal point of view. I’d love to see this kind of experience-oriented writing about larp much more often. Harviainen demonstrates that the Nordic Larp community is old enough that we can do retrospective analysis of the culture as it stood five or ten years ago. I loved his The Prejudice Manifesto. This is something that everybody who tries to get something done with larp and roleplaying games will eventually run into.

Playing Reality doesn’t have the kind of superstar essays that make the best Knutpunkt books stand out. It’s major contribution is in the way it shows the discourse of Nordic larp expanding to Russia, Germany, the U.K. and other parts of the world.

As a minor note, the book would have benefited from more work with the editing and the language. As it stands, it sometimes reads half-baked.