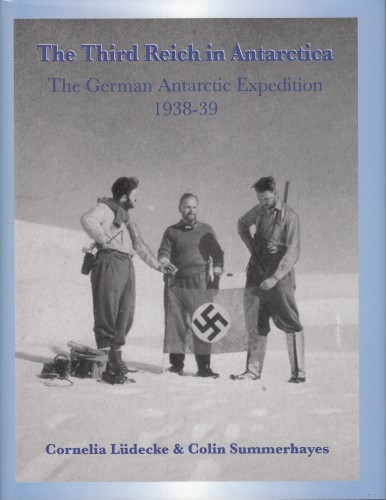 The German Antarctic expedition of 1938-39 is famous for being the “Nazi Expedition”. This book goes through the voyage of the expedition ship Schwabenland in academic style, with plenty of pictures and illustrations.

The tone of the book is dry. It features an extensive discussion of the later impact of the findings of the expedition, and while the material is interesting, it’s also too technical for a lay reader. A rare detail is the impact of history on scientific work. Much of the work of the expedition was destroyed during the second world war, and the things that survive sometimes do so through bizarre accidents of fate.

The Schwabenland expedition is a favorite among conspiracy theorists, and the story goes that they prepared a base on Antarctica for Hitler to escape to after the war. This idea seems to send the authors into fits of indignation, and an entire chapter is dedicated to rebutting these admittedly dubious claims.

The Third Reich in Antarctica is not a popular book, but it is well researched and dispassionate.