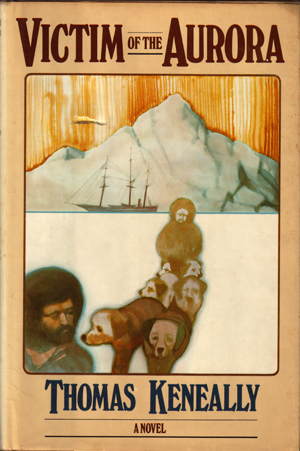 An Antarctic novel by the same guy who wrote the book the Spielberg movie Schindler’s List was based on. It’s a historical story about the fictional Stewart expedition before WWI, a murder mystery on the ice.

The big thing I wasn’t sure I understood was what the book is about. It borrows a lot of details, characters and events from the second and fatal Scott expedition. At first I thought this was just research on the part of the author to make his story more authentic, that the book wasn’t about Scott.

At the end, however, there’s a reference to Stewart dying on his return journey from the pole, which makes the parallels to Scott so explicit that the book has to be about him in some way.

The interesting thing about Victim of the Aurora is that it talks about sex and sexuality, a topic completely missing from all the period accounts of polar travel in the early 20th century. The book’s sense of a historical period is impeccable and the “uncensored” vibe you get is refreshing.

One thought on “Antarctic Research Blog #66 – Victim of the Aurora”