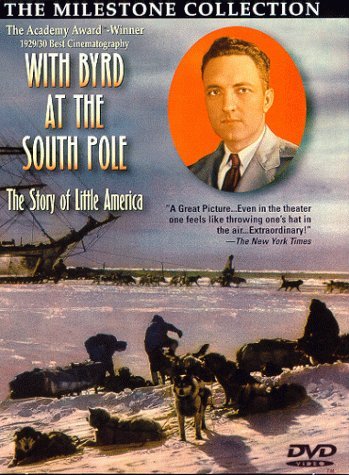 This is a documentary shot during Richard Byrd’s First Antarctic Expedition, 1928-1930. Of the early Antarctic documentaries, this has the best images in the sense that the cameramen were able to shoot more than before, although they were not as artistically accomplished as Frank Hurley or Herbert Ponting.

This movie shows Byrd’s airplane the Floud Bennett flying, shot from another, smaller plane, footage of the flight over the South pole from inside the plane, and surreal images of an airplane hull being hauled across the ice by dog teams. Great stuff.