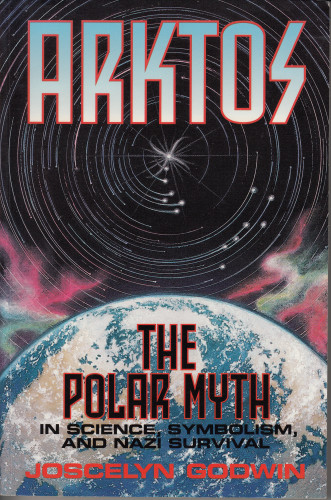 Arktos is a book about the idea of poles and polar regions in occultism. It goes through things like Nazi occult ideas related to the poles and the history of the concept of the polar shift. Sometimes its deep in the territory of Madam Blavatsky, and at other times it references Dungeons & Dragons.

From an Antarctic perspective, the book is quite unconcerned with the factual existence of the continent. It’s more of a history of ideas and concepts, written by a kind of half-believer.

For much of the book, Godwin’s own position on the subject matter is hard to pin down. He notes how the spritual nature of some of the Nazi officials destroys the idea that engaging with spiritual ideas necessarily leads to enlightenment and kindness. He criticizes many of his occult sources for being mentally unbalanced or otherwise unreliable.

At the end of the book, he attempts to position himself in the middle ground between two extreme positions: Science and the materialism of scientists, and the revelations of the individuals he terms “illuminates”. We need to listen to both to acquire a true understanding of the nature of phenomena such as polar shift!