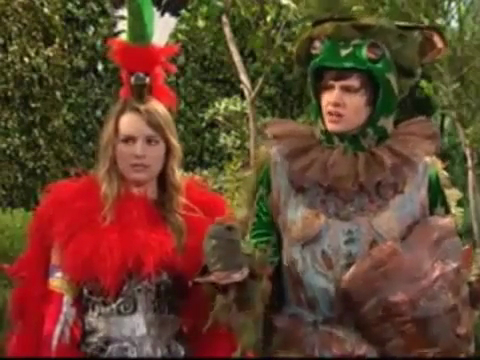 The larp episode of the American family comedy series Good Luck Charlie is one of the most miserable pieces of roleplaying television we’ve seen. Larp appears as ridiculous and stupid, but the real issue is the general conservative atmosphere. The gender roles in the family, the assumptions about the Mom, all of it seems to be from some kind of a rancid Eighties tribute.

Teddy (in the picture, left) tries to learn to play a Pokemon-stand-in to get closer to a guy she has a crush on. The guy proves to be a total dork and even talks Teddy into joining his larp group. The only upside to the whole thing are the bizarre costumes worn by the larpers. 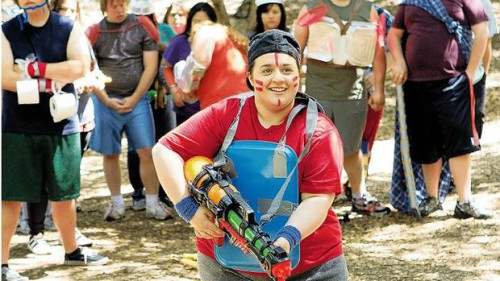 Huge is an American tv series about a group of people at a camp for losing weight. In this episode, one of the characters wants to organize a larp, another hijacks it and corrupts her vision, and moderate drama ensues.

As seen in the picture above, the view of larp in this episode is not the most dignified I’ve ever seen. For some reason, the apparently adult people at the fat camp behave like twelve year olds with their temper tantrums and pouting, so the whole thing is emotionally unsettling to watch. 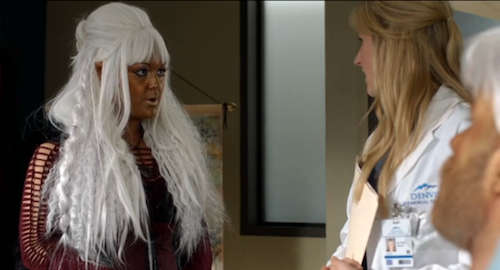 One of the side-effects of our project is that we see a lot of individual episodes from tv series we’d never watch otherwise. This is true especially for inconsequential American series that don’t really make any kind of a splash here in Finland. Without our project, I wouldn’t even know that a series called Emily Owens, M.D. existed.

Emily is a blonde and bland doctor in a featureless hospital. In this episode, larpers have medical problems too. In the end we learn that they can separate reality from fiction! What a relief!