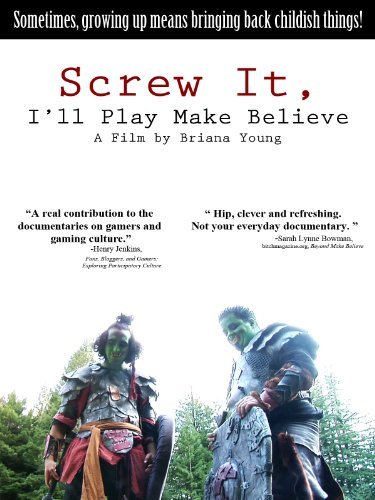 Darkon, Monster Camp and Screw It, I’ll Play Make-Believe are the three best documentaries about U.S. style larp. They’re also a revelaing look into the socioeconomic differences between U.S. larp and Finnish larp. It’s hard not to read a class element into the generally derogatory style many U.S. media outlets use when they talk about larp. U.S. larp looks like a working class phenomenon, and Finnish larp a middle class thing. Maybe that’s why larp gets so much better press in Finland than it does in the U.S.

Briana Young’s Screw It, I’ll Play Make-Believe is a 38 minute doc about two different California larp groups. One is playing a Lost-stype scenario (and features L.A. larp designer Aaron Vanek), and the other a traditional fantasy game. It’s an excellent look into the personalities and motivations of the players involved, and one of the most sympathetic depictions of U.S. larp I’ve seen. 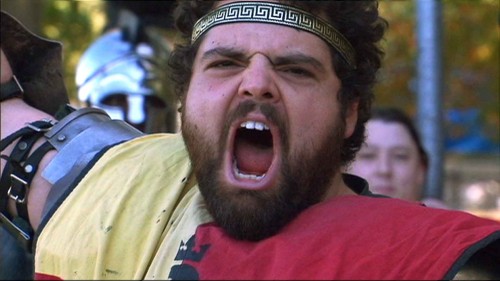 Darkon and Monster Camp are both feature length docs, both well made and fun to watch. They’re both about very traditional fantasy games, and perhaps speak more to the value of larp as a communal activity than as an artform.

Luke Meyer and Andrew Neel’s Darkon is about a high production value, combat heavy game. One of the things that strikes me when I watch it is the theatrical, overblown style of playing. Everybody seems to be making speeches, and it looks like the players are really embracing the campy scenario.

Cullen Hoback’s Monster Camp presents larp as a form of escapism for people who don’t have a whole lot going for them. It’s hard to argue against escapism in these circumstances: maybe escapism is just another word for improving the quality of your life.

In terms of game design, the most interesting detail is the use of World of Warcraft -like mechanisms. From a Finnish perspective, plots like “kill four crab creatures” seem bizarre, but perhaps they make sense in a more action-oriented context.