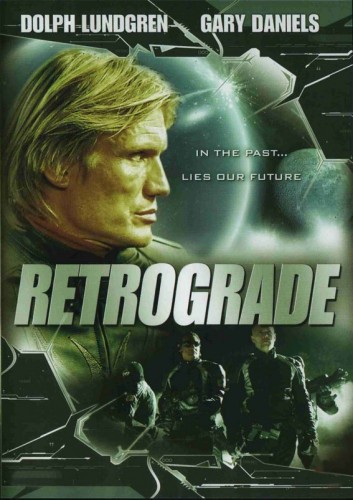 Ed Wood’s Plan 9 From Outer Space is not the worst movie in the world. The worst movies are like this Dolph Lundgren late career vehicle, cheap, pointless and soulless things with no personality whatsoever.

Retrograde’s Antarctic elements are surprisingly accurate, but that’s a small consolation. The story is about a couple of guys from the future coming to the present to stop a virus from spreading and killing everybody. It’s set aboard a research vessel looking for meteorites along the Antarctic coast. Mostly, the movie involves a bored-looking Lundgren walking around and scowling.

IMDB tells me the movie was: “Filmed in only eighteen days, edited in two and a half weeks, and mixed in one day.” It shows.