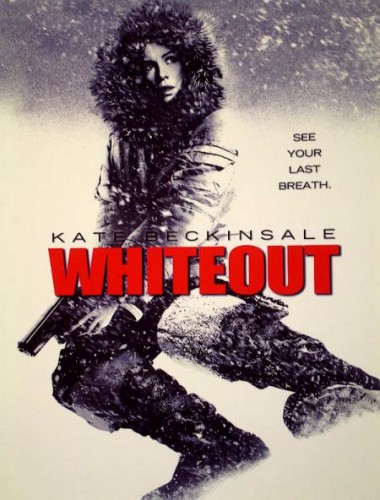 Whiteout is an Antarctic crime movie based on the comic book by Greg Rucka. Its a faithful yet plodding adaptation, combining good Antarctic detail with a leaden script and workmanlike direction.

The story is about an U.S. Marshal posted to the American base at the South Pole. A man is discovered dead in the middle of the frozen wasteland of Antarctica, and the question becomes: who killed him, and why did he die?

Watching the movie, one can’t help but assume that the production didn’t have enough money to really do justice to their subject. There are some beautiful exterior shots, but most of the action is set in the usual rooms and passageways of the studio set land.