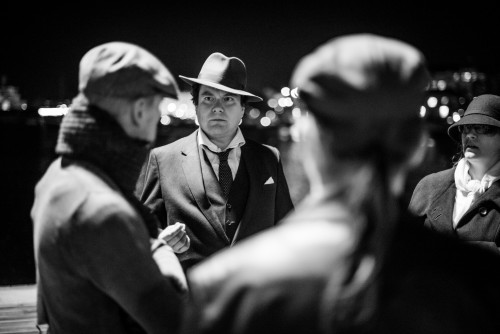 Tonnin stiflat is a Finnish larp campaign played in Helsinki in 2014. Consisting of three games, it was organized by the veteran city game designers Niina Niskanen and Simo Järvelä.

The setting is Helsinki in the year 1927, and the subject matter crime, prohibition, working class life and the violent legacy of the civil war. The characters were bootleggers and policemen, struggling artists and their sybaritic patrons.

Niskanen and Järvelä have edited and published a documentation book about the larps in English. It’s downloadable here, for free, and definitely worth a look. 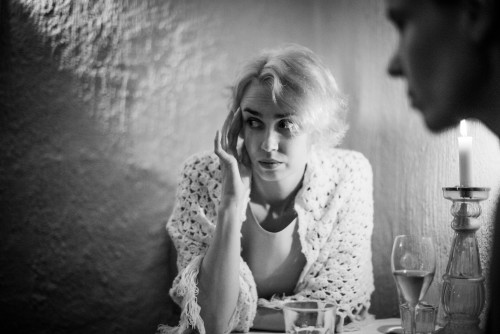 The book is especially welcome as Finnish larp has traditionally been something of a poor cousin in the milieu of Nordic larp. There have been interesting games aplenty, but documentation has been scarce and Nordic attention usually limited to the games that Finnish writers have pushed the hardest, like Ground Zero.

City games played in an open urban environment have traditionally been a Finnish strong suit, and Niskanen and Järvelä are masters of this form. It’s especially nice to see this type of game documented in book form and in English, as the games that tend to receive this treatment are usually one-weekend affair played in a closed environment, such as Kapo and Mad About the Boy. 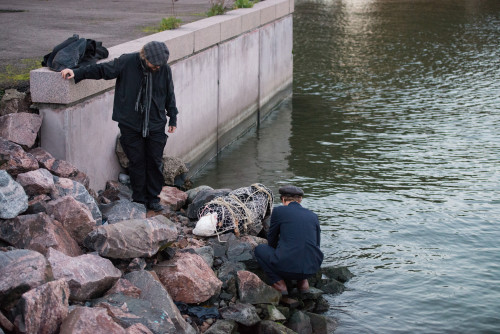 Tonnin stiflat (the title is an expression for very expensive shoes in the traditional Helsinki slang) benefits greatly from the fact that it’s been documented by the Finnish larp photographer Tuomas Puikkonen. His photos are all over the book, and you can see the full set here.

There are many good larp photographers in the Nordic countries, but Puikkonen distinguishes himself by his ability to be in the moment and capture the subjective feeling of the player.

The only real complaint that I have for this book is that it’s so short. I could’ve read more about this stuff.