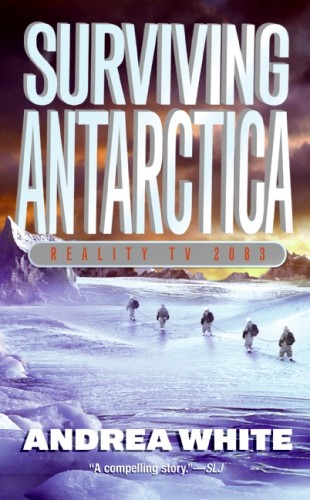 Surviving Antarctica: Reality TV 2083 is a young adult book about a group of kids participating in a reality TV show where they emulate Scott’s second, fatal Antarctic expedition.

It’s an amazing failure of a book. It reads like a fool trying to condescend to idiots. I understand this is meant for younger readers, but that’s no excuse for the singular lack of poetry in the language of this book. Every motivation and emotion is carefully spelled out in simple terms.

To make it worse, the scifi world feels like it was designed by refugees from the 80’s. The book has apparently been published after the turn of the millennium, yet features things like “computables” and “human faxes”.