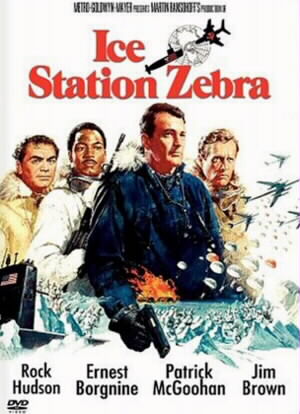 A Cold War thriller about a secret mission to the North Pole on a nuclear submarine. The underwater imagery of the sub is cool,  and it looks like a big budget production for its time. Unfortunately, it feels like the people who made this were quite impressed with their own special effects. The first real event in the movie occurs around the one hour mark, and we get to know what’s going on after one hour and 45 minutes. The movie is two and half hours long, and it feels you could have cut the first hour away easily.

As a movie about polar regions, this one is a dud.