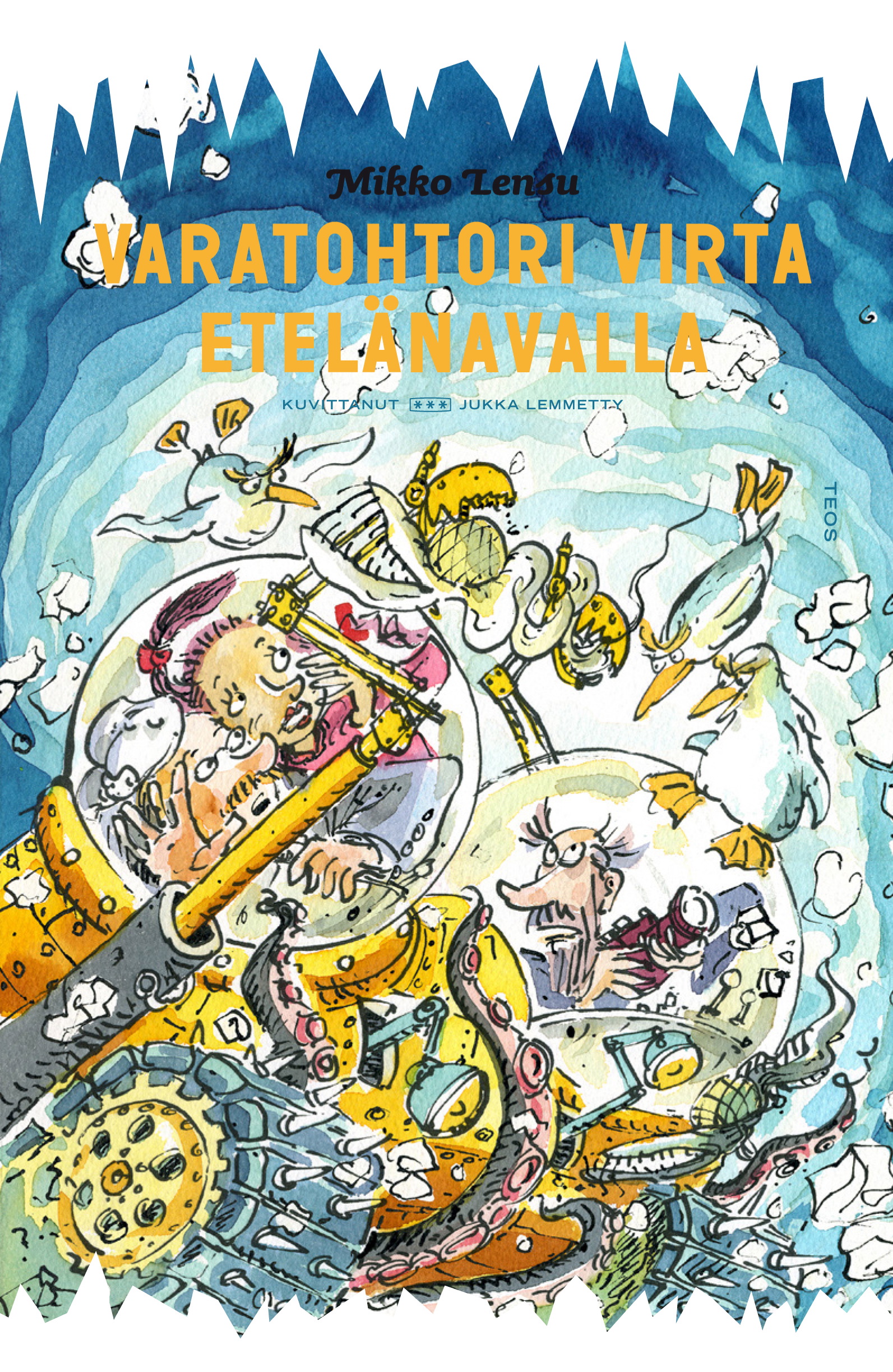 This the sequel to Mikko Lensu’s first polar children’s book, Varatohtori Virta Pohjoisnavalla. Although this book suffers from the usual sequel problem of recycled jokes, it was more fun to read. The fantastic parts didn’t seem quite so forced and the general tone was more cheerful.

It’s the story of Varatohtori Virta and his compatriots from the first book, now on a scientific mission in Antarctica. They suspect the existence of rivers of meltwater under the ice and encounter problems with telepathic penguins.