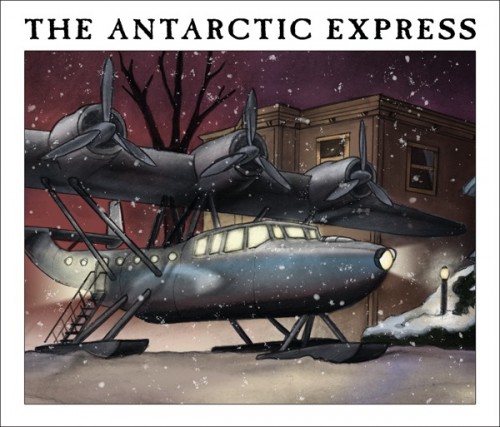 Ken Hite’s Antarctic Express sounds like a joke: it’s a children’s picture book version of H.P. Lovecraft’s Antarctic tale At the Mountains of Madness. Surprisingly, it’s pretty good, probably because it feels like it’s been done in all seriousness. I haven’t seen many tales of lingering horror meant for kids, but this book stayes true to Lovecraft’s style while being accessible at the same time.

I didn’t like Christina Rodriguez’s subdued art style when I flipped through the book, but became a convert when I read it properly. It has a wonderful sense of mood and dreamlike nighttime adventure.